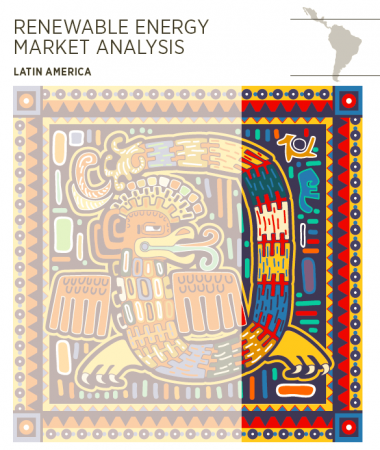 Latin America hosts some of the world’s most dynamic renewable energy markets, with more than a quarter of primary energy coming from renewables, twice the global average. In addition to the historical role of hydropower and pioneering moves with biofuels, countries in the region are significantly scaling up other renewable energy sources, such as wind, solar and biomass-based electricity. Brazil, Chile and Mexico ranked amongst the top ten global renewable energy markets in terms of investment in 2015, and several countries in the region, like Costa Rica, Uruguay and Paraguay, generate virtually all electricity through renewables.

The significant role of hydropower in several Latin American countries, meanwhile, creates opportunities to harness complementarities and scale up other renewable energy technologies. The report includes an in-depth analysis of the mechanisms through which hydropower and other renewables can complement each other and can improve the cost-efficiency and reliability of power systems.

ReFeel Group is present in Europe since 2007 and its international expansion strategy makes a perfect fit with the current need of the Latin America region. ReFeel approaches these countries with an comprehensive and thorough assessment of its regulatory and legal status, energetic needs, solar radiation exposure and potential to establish and grow while providing significant savings to its clients, investment opportunities to investors and business opportunities to technological suppliers.